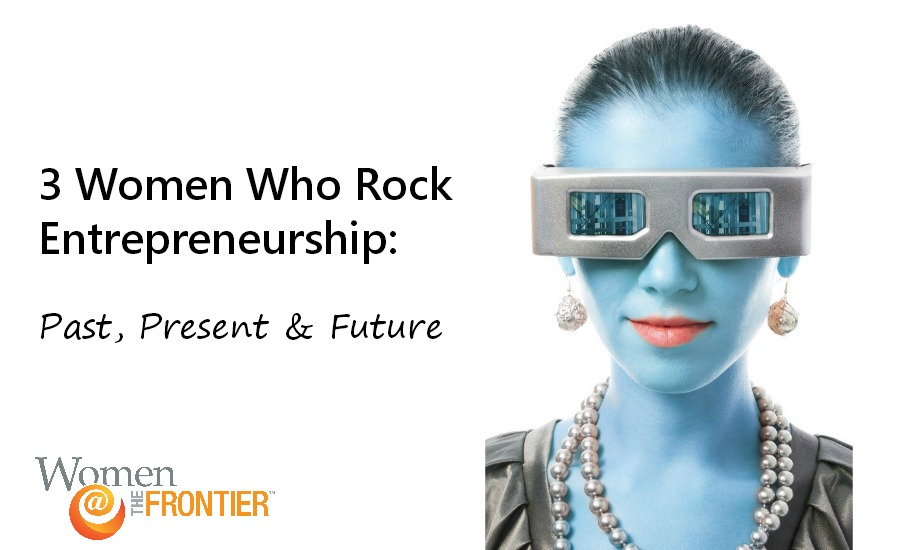 Find out more about the women rocking entrepreneurship yesterday and today.

Did you hear that, Entrepreneurs?  You are a force!

But even better, the numbers show that women in entrepreneurship are a fact not a fad.  In the past 3 years, women have doubled the number of new businesses. A study conducted by the Kauffman Foundation demonstrates that women-led tech startups receive 35% higher return on investment, and generate 12% more revenue than male-owned tech companies. 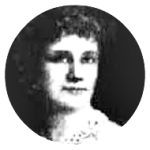 Who: Martha Coston
Why she rocks? Inventor of the Coston Flare in 1859
Where she Rocks?  Maryland, USA

Martha Coston’s life as an entrepreneur and inventor began with tragedy. In

1848, Coston’s husband, Benjamin, was a scientist and inventor who died from complications related to chemical exposure.  Following his death, Coston moved to Philadelphia to live with her mother and it was there that both her mother and her son passed away. These tragedies left Coston emotionally and financially destitute with three children to support.

But it was white-knuckled drive and a survivor mentality that led Coston to create her legacy, the Coston Flare. While searching through her husband’s papers, Coston discovered his unfinished notes for a pyrotechnic flare. It took almost ten years, but Coston turned her husband’s notes into a patent for a system of colorful signal flares which would allow communication between ships at sea.

Coston created multiple patents related to the flares and sold her system to shippers around the world. During the course of the Civil War alone, her company sold one million flares. At W@F, we believe Coston is a true example of a pioneer-  her grit, intelligence and determination are timeless.

Over a century later, the Coston Flare continues to be the basis for modern flare designs, proving Martha Coston rocked entrepreneurship in the past and continues shaping it today. 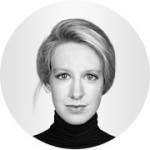 Who: Elizabeth Holmes
Why she Rocks? Founder and CEO, Theranos
Where she Rocks? California, USA

billionaire that you’ve never heard of.’ Regardless of if you’ve heard of her, Elizabeth Holmes has turned a revolutionary blood diagnostics company, into a 9 billion dollar business.

Holmes never finished college though.  As a 19-year-old  majoring  in chemical engineering at Stanford University, she came up with idea of streamlined blood testing. What once would take vials of blood, now takes just a drop.  With that drop, her company, Theranos, can do 70 blood tests that are faster and cheaper than conventional ones.

Theranos has 21 test centers in Walgreens stores today, but expect the number to increase soon. Walgreens plans to place more Theranos test centers in a large percentage of its stores.  No doubt, this will ensure Holmes’ current title as the youngest self-made billionaire in the world for years to come. 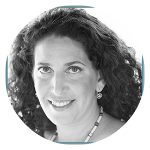 Who: Denise Abulafia
Why she Rocks? Founder and CEO, Educatina
Where she Rocks? Buenos Aires, Argentina

Denise Abulafia began her career as a scientist; specifically, she received

her Ph.D in Cellular and Molecular Biology at the University of Miami where she specialized in neuroscience.  So, how did she become co-founder of an education startup? After years of teaching science in the US and Mexico, Abulafia struggled to keep her students engaged. It was when she moved back to Argentina in 2011, that she saw the need for Educatina, a Spanish-language online education platform. Today, Educatina is changing the face of education for Latin America with more than 3 million people signing on to use 3,000 free educational videos. Abulafia plans to raise more capital in the future to reach more students and expand Educatina’s Portuguese offerings.

So, why do we consider Abulafia the future of female entrepreneurs?  She is exploring her true passion and the results are rippling throughout an entire region.  We have no doubt that while she is shifting education in Latin America today, tomorrow it will be the world.

And in our book, that’s a superhero who rocks and represents the future of women in entrepreneurship!

Now that we’ve shared ‘3 Women Who Rock Entrepreneurship,’ we want to know who are your role models past, present & future? Show up and share your knowledge with others through our comments section, Facebook page or Twitter.