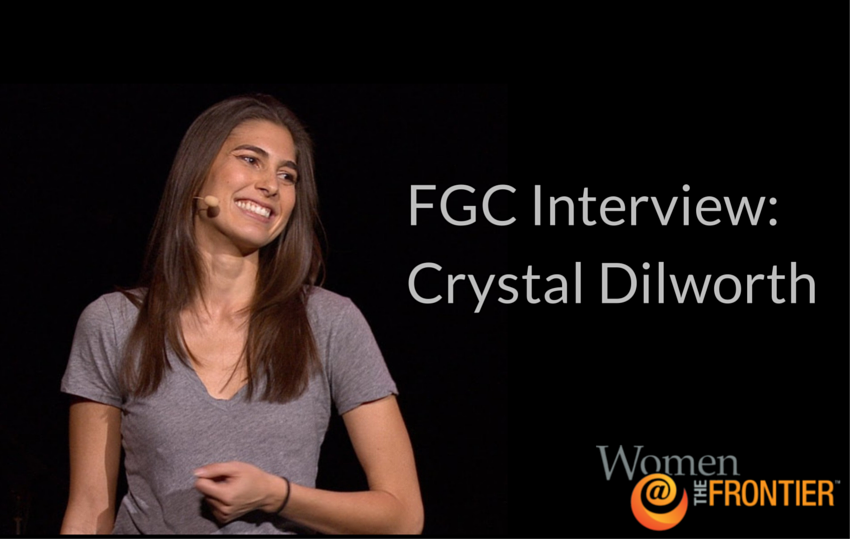 Top Reason Crystal Dilworth
Believes You Can Be a Scientist

Crystal Dilworth shares one of the most powerful lessons from her own life experience:
anyone can be a scientist. Here’s how.

It’s pop quiz time. Which one of these is a scientist?

If you answered ‘all the above,’ you are correct! The images are the same person- Crystal Dilworth, a woman who has made it her personal mission to redefine and expand on Who and What it means to be a scientist. Sure, she received her Ph.D. from Caltech by researching the molecular basis for nicotine dependence. But she’s also a science correspondent for Al Jazeera America, host of Fail Lab, trained at the prestigious Ailey School of dance, TEDx presenter and actress in the PHD Movie, seen in over 500 universities and research centers around the world.

At first glance Crystal may not seem like your average scientist. And when we spoke with her, we discovered that she’s just as comfortable talking about her latest pair of neon yellow pumps as she is chatting about her discipline. It’s her uncanny enthusiasm and passion for both that adds a hip and human factor to the often erudite world of science. In a world where women are 30% of the world’s researchers, Crystal remains as authentic and complex as the field she represents. And that’s why at W@F, we believe Crystal Dilworth is a Female Game-Changer to watch!

A cultural influencer in science communication, Crystal shares one of the most powerful lessons from her own life experience: anyone can be a scientist. Don’t believe her? Here’s her story along with the top reasons Crystal Dilworth believes YOU can be a scientist:

1. The Changing Stereotype of a Scientist

To be a scientist is not a one-size fit all standard. As we learned from our interview with Crystal, scientists are people who use a specific approach and contribute to a pool of knowledge. This can happen in many different ways. She explains, “I would argue that you can be a scientist without continuously publishing in a peer review journal. We can expand on what a scientist looks like and sounds like, as well as what they do. There are many ways to contribute, not just by being a scientist in the lab.”

When Crystal began her Ph.D. at Caltech, she also started questioning the traditional stereotype of the scientist. “I was in grad school to be the best grad student out there,” she says. “I was absolutely going to fit in the box, eat and breathe science. That worked for about 2 ½ years. I felt the pressure to be the perfect scientist.”

However, it was her work in the PHD Movie that prompted Crystal to challenge her ideas about the field. She explains, “That’s when I started asking who is a scientist?  What does a scientist look like?  What does a scientist sound like? And I started to realize that some of the philosophical issues that I was working through myself in grad school were some of the same ones that other students were struggling with.” Crystal also realized she didn’t necessarily represent society’s stereotype of a scientist. “I’m flamboyant; I wear heels, and like real clothes instead of scrubs and sweats.” She adds, “I didn’t seem to fit the traditional science box, so I did what everyone else does, and I gave a TED Talk about it!”

It was during her TEDxYouth talk that Crystal propelled out of the box, beginning a dialogue about the myth of the scientist. Viewed more than 51,000 times, the conversation launched Crystal into the world of ‘edutainment’ and she was approached by the production company Zoochosis to host a web series called ‘Fail Lab’ for the Discovery Digital Network. “That was an interesting experience,” she remembers, “because it was a nontraditional approach to science communication. It was controversial; there was a lot of discussion about who can do science and what a scientist looks like.” Crystal says it was through this experience that she discovered a whole community of scientists who were choosing to contribute to the field without limiting themselves to a research lab, clinical setting or stereotypical look. “This was the breakthrough that allowed me to rediscover my passion for science,” she explains, “and feel like I could be successful without restricting myself to the benchtop!”

The best thing that can happen is that those boxes are opened, and all of us start interacting with each other in all of our authenticity. I think that is both the biggest challenge and the most exciting frontier.
– Crystal Dilworth

Today, Crystal continues promoting diversity in the field; she believes it’s how society will uncover global solutions faster. “We’ve made science a box and art a box,” she says. “The best thing that can happen is that those boxes are opened, and all of us start interacting with each other in all of our authenticity. I think that is both the biggest challenge and the most exciting frontier.”

Yes, Crystal Dilworth is proving you can be a scientist!  Thanks to the changing stereotype of what it means to be part of the field.

We are big on role models at W@F, and we believe the adage if you see it; then you can be it. Crystal also has confidence that anyone can be a scientist with the help of diverse role models.

“Role models are so important. There’s more than one idea of what it means to be a scientist,” Crystal says, “and I want to thank Women@TheFrontier for collecting all of us unconventional scientists to show that.”

However, becoming an ‘unconventional scientist’ meant taking a different perspective on role models. Crystal explains, “Being homeschooled taught me to respect and work with the system but also that there were many ways of achieving results.” She also gravitated to role models with diverse life experiences. “I had a creative organic chemistry teacher named Dr. Ron Rusay, who was in the army, a professor at Berkeley, a ski instructor and an oceanographer,” Crystal explains. “He made science look like something I could do. Scientists were multifaceted. They used their resources to solve problems. They enjoyed doing it. It made it all seem tangible.”

Crystal later found a mentor in Dr. Lubica Supekova, a Staff Scientist in the laboratory of Peter G. Schultz at TSRI in San Diego. “Once I got into school, I had an internship that made me see who and what a woman scientist could be like,” she says. Crystal admired that Dr. Supekova would come to work looking fabulous in a scarf, makeup, high heels and then go into her office and change into her lab coat, clogs and 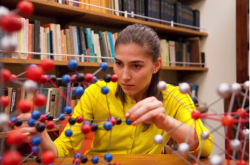 gloves. Crystal laughs as she admits, “She looked like a badass scientist! After work, she’d change again and look beautiful for dinner with her husband. She did both [be a scientist and a woman] with excellence.”

Before leaving for graduate school, Crystal confided to Dr. Supekova that she was apprehensive about the experience. “I was scared that people would see that I like to dress up and take dance and think I’m not a real scientist.” Crystal remembers her mentor’s response was priceless: “She looked at me and told me just be a good scientist – it’s about the work – and then it won’t matter what you wear. Those words carried me through when I was experiencing a lot of prejudices and negative attention for being me.”

Crystal’s personal journey into science demonstrates that you can become a scientist too regardless of whether you fit a predefined box.  It just takes opening your mind to new experiences and embracing the wisdom of diverse mentors and role models.

Technology and the Internet have transformed our ability to access information. Crystal believes open access will change the role science will play in our lives and who can be a scientist. She explains, “From the academic side, we have an argument about public access – on the one hand taxpayers support and fund research but can’t always access the results because it’s owned by private publishing companies.” However, access alone doesn’t mean the information is easily understood. Crystal says, “In the future, I think we’re going to see more access to information, but in order to understand the information, we need to increase science literacy.”

That’s why Crystal’s current role, a contributor for ‘TechKnow’ on Al Jazeera America, is significant. She is optimistic that it is one of the best examples of science communication on TV, and not just because of the content, but the way they have developed the stories. “It is led by scientists, engineers and data analysts- all with technical degrees,” she explains. “We are connected with producers and then let loose on the science.”

Crystal also sees the emerging availability of shows like ‘TechKnow’ as an opportunity to teach others about science. “I don’t like the idea that you have to choose to know about science, or not to be a science person,” she says. “You cannot be the master of yourself or your environment if you don’t understand science. Now, that doesn’t mean that you have to be a scientist with a formal degree. It just means that you’re literate in science and ideas.” Crystal thinks in the future, the field will be general knowledge about our world. She adds, “And I see myself as part of that change. I want science to seem accessible, interesting and understandable and not something that puts you to sleep in school.”

I want to see a young woman of color involved in research of her community. I want to see younger faces, different cultures and people who are transgender.
– Crystal Dilworth

Then slowing the rhythm of her generally quick pace, Crystal adds, “Just look at our idea of what a scientist is today. That needs to change. I want to see a young woman of color involved in research in her community. I want to see younger faces, different cultures and people who are transgender.” Crystal says, “Science is diverse and multifaceted, and so are the people engaged in science. Let’s acknowledge that.”

So, what did we learn from our interview with Crystal Dilworth? Anyone can be a scientist because the best science involves people from diverse backgrounds, requires unique role models and allows access to information. Yes, we need more scientists like Crystal Dilworth- and we acknowledge that!

To find out more about Crystal Dilworth, check out her TEDxYouth talk. 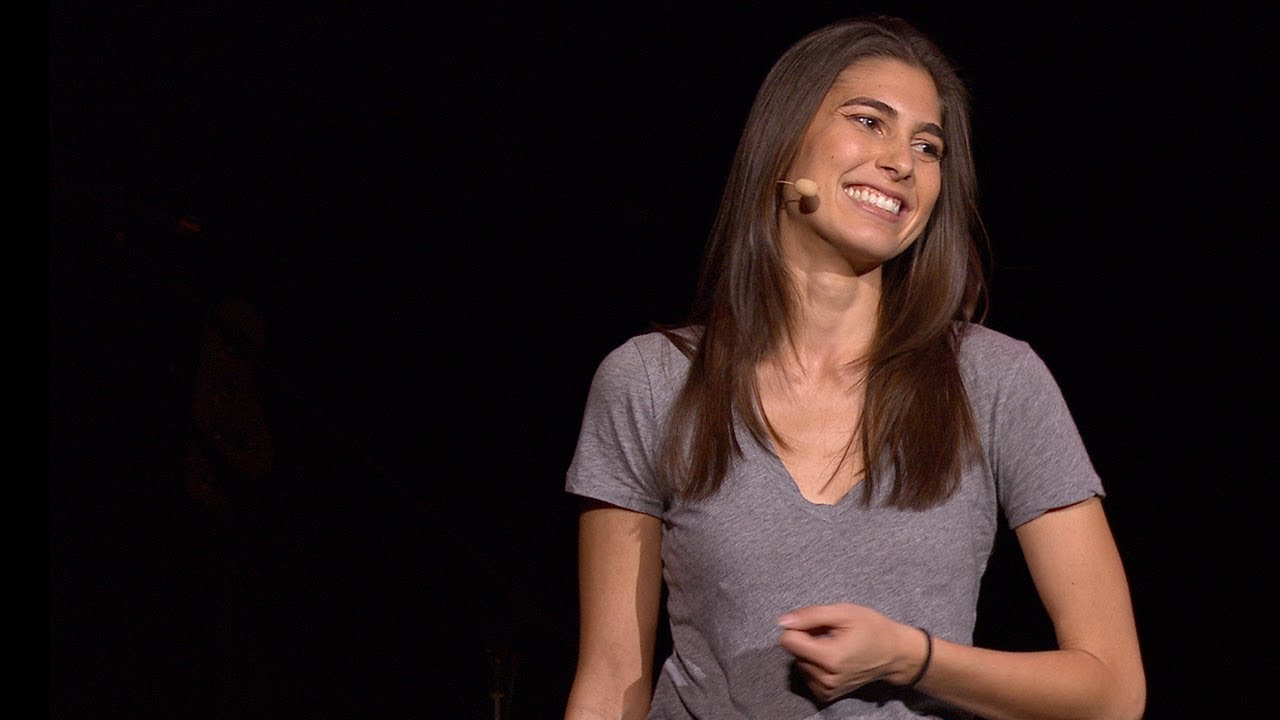 Now that we’ve shared our interview with Crystal Dilworth, we want to know who do you think is a cultural influencer in science? Show up and share your knowledge with others through our comments section, Facebook page or Twitter.