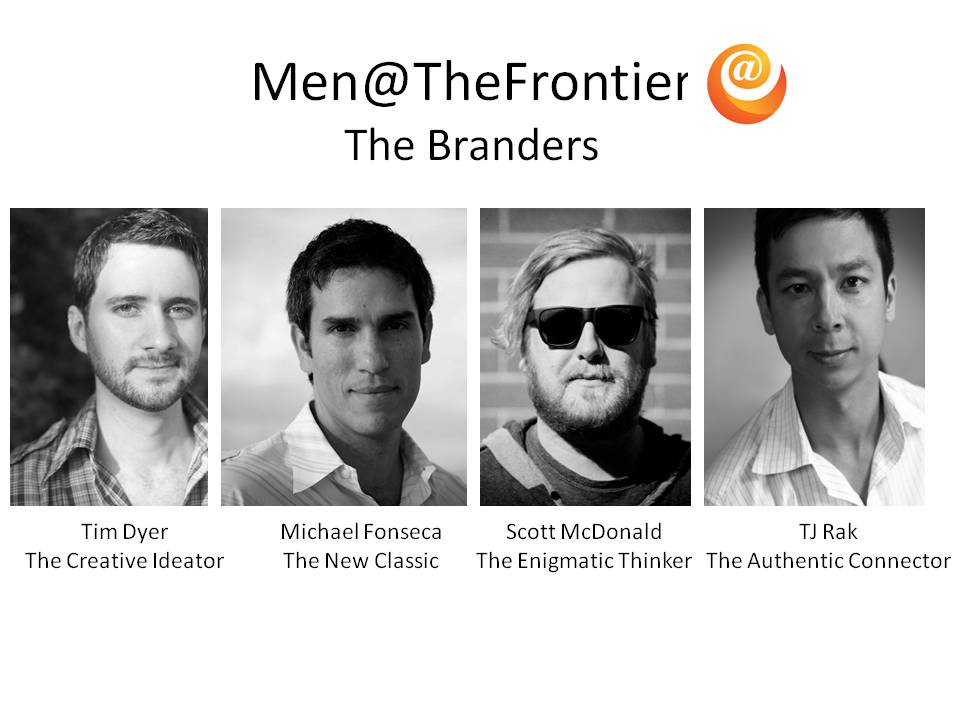 “Woman is the companion of man, gifted with equal mental capacities. She has the right to participate in the minutest details in the activities of man, and she has an equal right of freedom and liberty with him.” – Mahatma Gandhi

For W@F, equality means honoring and celebrating the collective stories of men and women around the globe. To stand at frontier of innovation, ingenuity and creativity, we must embrace the unique perspectives and experiences of others. And sometimes we have the opportunity to do more than just listen- we can help.

Last month, Women@TheFrontier began a series highlighting the men who have helped build the internal DNA of our organization: The Builders. This month, we acknowledge the guys who have helped shape the identity of W@F: The Branders. They are individuals who have contributed their time, expertise and talents to support women’s Voices @TheTable. That’s why we are thrilled to share with you the stories of these incredible Men@The Frontier!

Story behind the W@F Logo: We chose the @ symbol because it conveys positive direction, convergence (of technology, of ideas, of frontiers), and speed – like W@F’s female innovators who are driving our future. The orange color was a clear-cut choice because it’s the color of inclusiveness, power, inspiration and change.

Why we love it: Our logo is a modern representation of power, inspiration and forward momentum.

Bio: After a stint on the brand side with a Barnes & Noble subsidiary, Tim joined Dallas-based Omnicom agency. Omnicom was The Marketing Arm to launch the global rebranding of AT&T and develop a first of its kind digital innovation platform for collaborative creativity; among its initiatives was the grassroots block by block launch of U-Verse.

In 2005, Tim joined the ranks of GMR Marketing- one of the country’s most established experiential marketing agencies. As the Creative Director for dozens of brands, he drove the ideation discipline for brands like Jeep, Intel, Orbitz, Microsoft, HBO and Axe, helping to secure awards for programs such as Orbitz Fill The Plane and Axe World’s Dirtiest Film.

Tim became Executive Creative Director of Summit Series in 2010 and was involved in taking 1,000 of the world’s doers into international waters for three days of innovation, exploration and social connectivity. In 2011, he co-founded Manifesto with his twin brother. Now, a team of six with offices in Milwaukee, Wisconsin and Portland, Oregon, Manifesto works with brands such as GE Healthcare, Lands’ End, Arby’s, University of Miami, Brady Corporation and others. 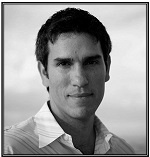 Story behind the website: We were looking for a website with a smart, elegant, sophisticated and clean design. In terms of color and design, we were inspired by pictures of the “the Silver Surfer” and the perfect shade of “happy grey” to get the right look!

Why we love it: It’s clean, classic and just the right shades of happy to celebrate our brand and FGCs!

I believe that W@F has a significant role to play in highlighting the women in STEM who are making a difference.

Today, CardioMEMS is developing the first wireless MEMS pressure sensor that is permanently implanted in the human body (the heart) via minimally invasive catheter-based procedures. What makes this sensor truly unique is that it does not require batteries or wires to operate, but will still provide cardiologists with pulmonary arterial pressure to improve treatment and management of heart failure patients. Ultimately, this sensor will improve quality of life for patients with heart disease, reduce hospitalization, and decrease the estimated $32 billion dollars per year currently spent on patients with heart failure.

In his spare time, Michael enjoys hanging out with his family, photography and endurance sports. He believes in supporting W@F and women’s organizations because, “the role of women in leadership positions will impact human society and shape the next century. As a father of a daughter, I want her to have the best opportunity to leap forward into tomorrow. I believe that W@F has a significant role to play in highlighting the women in STEM who are making a difference.” 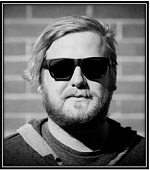 Story behind the W@F butterfly: We were inspired by the idea of a symbol representative of women and girls, but also one that fused biomimicry and innovation. That’s how we decided to merge the beauty and inspiration of the butterfly with the unexpected mechanics of movement.

Why we love it: Scott nailed it with the W@F Butterfly! It represents the beauty and power of women, while reinforcing their intelligence, movement and strength in modern society.

Female Game-Changers are pioneers paving a way for not only young females, but males and anyone who is inspired by genius in disruptive industries.

Bio: Scott is a founder of the C-Lot, a small boutique agency he created with a group of fellow filmmakers, designers and animators. The C-lot is quickly becoming a springboard for creativity in Denver, Colorado where Scott brings his unique vision into every project he comes across. Scott has worked with some of the biggest names in the advertising world and some of the most monumental social movements of the last decade, including COMMON, Sir Richards Condoms, and FearLess.

Today, Scott specializes in everything from Graphic Design and Motion Graphics to Film and Website Design. He covers a lot of ground with his unique style and problem solving techniques. Scott’s conviction that #designmatters is contagious as he explains, “I see more and more companies, entrepreneurs and startups marching to this idea. When we think about the Apples of the world, they hold design just as high as sales. As a designer, I think I can impact the world by providing beautiful solutions for companies who have beautiful ideas.”

Scott is also passionate about W@F’s mission because he believes, “Women@TheFrontier is doing exactly what needs to be done. These female Game-Changers are pioneers paving a way for not only young females, but males and anyone inspired by genius in disruptive industries.”

Story behind the image of Joy: To get the images for W@F, we wanted to express through photography the internal core of these women. The photo of Joy Boulamwini says it all: there is a strength, confidence and determination to make change happen.

Why we love it: The photo of Joy captures her power, strength and beauty.

The more female leaders, the better.

Bio: TJ is a Vancouver based entrepreneur who founded Photoretouchonline in China eight years ago. His adventure began when he met an ambitious girl who wanted to learn English while traveling in China. A friendship kicked off and they now employ over 30 team members in two offices with a mission to provide faster, cheaper and quality retouching services to professional photographers and studio owners.

Today, TJ is and his predominately female team are hanging out in Guang Zhou, China. He hopes his company has a sustainable global impact by creating jobs through identification of a production bottleneck that prohibits efficiency. He explains, “Now that I’ve got the confidence to do things, I just need to redirect that into the most effective direction.”

In his spare time, TJ can be found photographing the faculty and students of Singularity University or trying to seed disruptive tech companies with his friends. He believes women’s organizations like W@F are essential because of the women role models in his life: his mom and Jane (the girl who runs the studios). He admits, “Everything that we are building in China is influenced by them.” It’s these fierce female role models who have taught him a simple but important lesson, “the more female leaders, the better.”

Now that we’ve shared some of the Men@TheFrontier in our life, we want to know: who the Branders inspiring you? Show up and share your knowledge with others through our comments section, Facebook page or Twitter.