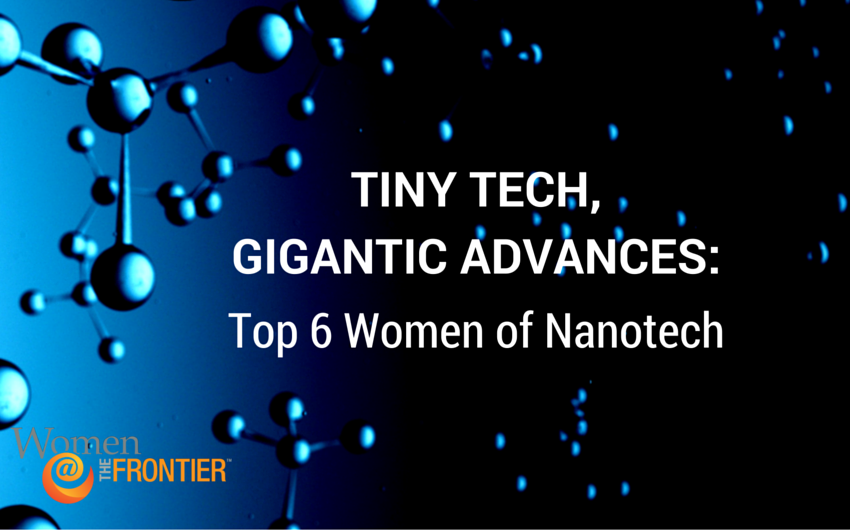 From quantum computing to cures for cancer, meet the women shaping nanotechnology today and in the future.

There’s Plenty of Room at the Bottom. As it turns out, there’s some room at the top too.

In 1959,  Caltech physicist and visionary, Richard Feynman gave an after-dinner lecture called There’s Plenty of Room at the Bottom. In it, he envisioned a world where scientists could manipulate atoms and molecules. He insisted, “we can arrange atoms the way we want: the very atoms, all the way down!”

While this ability to manipulate on a subatomic scale sounded more like science fiction than fact, it ignited an excitement and curiosity about the future.

Almost two decades later, a freshman at MIT began to wonder if one could create small machines to imitate the functions of DNA, ribosomes, and enzymes. This idea led him to the library where he discovered Feynman’s forgotten lecture. By 1986 this student, Eric Drexler wrote a book titled Engines of Creation. In it, he attached the term nanotechnology to Feynman’s original idea (which was first coined by Norio Taniguchi.) The book propelled the technology into the limelight and secured Drexler’s place in history.

And the story continues today…

For most, nanotechnology is part of our everyday lives—hidden in the yogurt we eat and the shoes we wear. The future appears limitless for the tech: medicines, fuel cells, batteries, solar power, and materials.

Still, there’s a piece of the story missing.

You guessed it. Where are the women? With this in mind, Women@TheFrontier set out to uncover some of the Top Women Role Models in nanotechnology—the pioneers, influencers, and next generation visionaries.

Here are 6 women in nanotech who leverage this tiny tech to make gigantic advances around the globe: 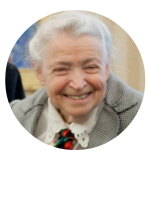 Where: USA
Impact: Known as the ‘queen of carbon science,’ Mildred Dresselhaus has dedicated more than 50 years to her work. She’s a professor of physics and electrical engineering (emerita) at MIT. Her work led to a fundamental understanding of the electronic structure of semi-metals, especially graphite. An avid supporter of women in science and engineering, Dresselhaus

received a Carnegie Foundation grant in 1973 to encourage women’s study of traditionally male-dominated fields, such as physics. Dresselhaus has continued to garner praise and awards throughout her career. In recognition of her work, she has been awarded the National Medal of Science, the Oersted Medal, Presidential Medal of Freedom, the Enrico Fermi Award, the Kavli Prize, and the IEEE Medal of Honor 2015.  Dresselhaus is a mother, grandmother, and mentor. She has graduated over 60 Ph.D. students and holds 28 honorary doctorates worldwide.

“[Enrico Fermi] developed in me the mindset that we should be interested in everything…because we never know where the next big breakthrough in science will occur.” – Mildred Dresselhaus.

Where: Australia
Impact: Michelle Simmons hopes to bring quantum computing—computers built on the principles of quantum physics instead of ‘classical physics’—to the people. The result could revolutionize the future, from space exploration to medicine. Simmons an internationally renowned quantum researcher and

director of the Centre for Quantum Computation & Communication Technology at The University of New South Wales. She was the recipient of the NSW Scientist of the year award, the Eureka Prize for Leadership in Science, and elected Fellow of the American Academy of Arts and Sciences. In 1999, she was awarded a QEII Fellowship and went to Australia where she became a founding member of the Centre of Excellence for Quantum Computer Technology. Since then, she established a research group dedicated to the fabrication of atomic-scale devices in silicon and germanium using the atomic precision of a scanning tunneling microscope. Her group is the only one worldwide to make atomically precise devices out of silicon. They have developed the world’s first single atom transistor and the thinnest conducting doped wires in silicon.

“My teacher believed I could do whatever I wanted, and it made a phenomenal difference. I have tried to track him down to let him know how things are going for me, but have never been able to.” – Michelle Simmons

Where: India | UK
Impact: Pratibha Gai created the first atomic-resolution environmental transmission electron microscope (ETEM). Originally from India, Gai attended Cambridge University and became one of the first women from India to receive her Ph.D. in physics from the renowned Cavendish Laboratory. Today,

she holds a chair in electron microscopy and is co-director of the York JEOL Nanocentre at the University of York, where she and her colleagues built a microscope able to perceive chemical reactions at the atomic scale. The ETEM works by adapting a conventional electron microscope, drilling holes in its imaging lens to allow the researcher to create the right environmental conditions for reactions to take place. In the future, the microscope could lead to new medicines, energy sources and industrial products. Her team at York is now working to develop tiny antibiotic particles for use in healthcare, and new chemical processes for renewable biofuels.

“I believe that women scientists bring new perspectives to science as well as to the workplace itself. And, after all, we make up 50% of the population, and more women in science can only mean more benefits to the world.” – Pratibha Gai

Where: Singapore
Impact: Low Hong Yee plans to change the world through bio-inspired nanotechnology. She is an Associate Professor of Engineering Product Development Pillar at the Singapore University of Technology and Design. Prior to her appointment, Yee spent two years in Motorola Semiconductor

Sector in Malaysia. In 2000, she joined the Institute of Materials Research and Engineering (IMRE) where today, she leads a research team working on the topic of bio-inspired nanotechnology. She has published more than 70 scientific papers, 11 granted patents and another 25 patent applications are pending. Her current research interests include micro and nanopatterning techniques, adaptive polymeric surfaces and their applications.

“The challenge in science is to have the persistent belief you can make it through. Science deals with failure every day.”
– Low Hong Yee 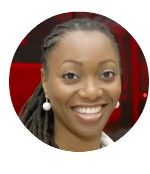 Where: USA
Impact:  Hadiya-Nicole Green is the pioneer of a particular technology that uses laser-activated nanoparticles to treat cancer. She is also a recent winner of $1.1 million grant to continue developing and refining the technology. She has over ten years of research experience in the application of

“It looks like I’m special, but I’m not. I’m no different from anybody else. When opportunity found me, I was prepared.”
– Hadiya-Nicole Green

Where: USA
Impact: Nazanin Bassiri-Gharb manipulates smart materials in small dimensions. She is an Assistant Professor at the George W. Woodruff School of Mechanical Engineering at Georgia Tech with an interest in smart and energy-related materials (e.g. ferroelectric and multiferroic materials) and

their application to nano- and micro-electromechanical systems. Her research projects integrate novel micro and nanofabrication techniques and the processes and study of the fundamental science of these materials at the nanoscale. She is the recipient of the Early Faculty Career Development (CAREER) Award from the  National Science Foundation (NSF) ceramics program for her research into the geometric control of flexoelectricity in patterned dielectric thin films.

“Yes, chance dictates a lot of my pathway, but I think if you become passionate about what you do, you can do whatever you want.”
– Nazanin Bassiri-Gharb

From quantum computing to discovering cures for cancer, these Role Models demonstrate how nanotech is broader and richer than ever before—a story to captivate us all. As Role Model Mildred Dresselhaus once said, “I like to be challenged. I welcome the hard questions and having to come up with good explanations on the spot. That’s an experience I really enjoy.”

Without a doubt, it’s an experience that belongs in the story of nanotech. One we promise never to forget.

We hope you’ve learned something new about Women in Nanotech. Let us know your thoughts. What else do you want to know about these Role Models in science & tech?