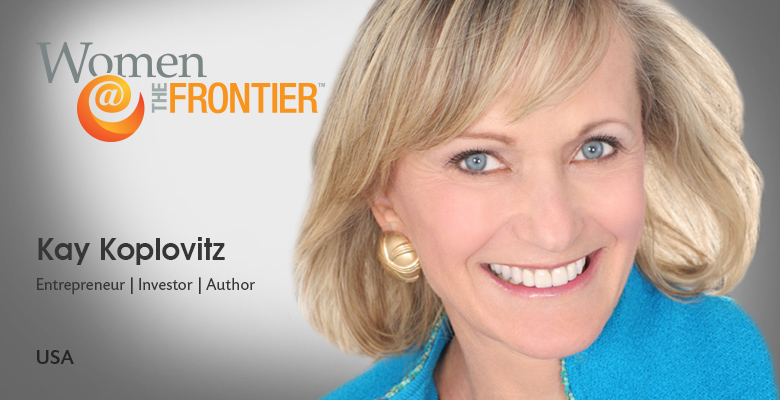 Impact: Visionary, entrepreneur, builder – As creator and founder of USA Network, the SyFy Channel, and co-founder of Springboard Enterprises, Kay inspires and transforms the ecosystem of entrepreneurship, investment and innovation worldwide.

Sometimes naivete will take you across
borders you shouldn’t cross. 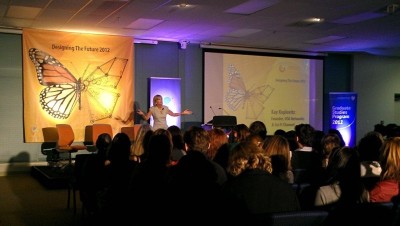 Bio: If you’re curious about cutting-edge innovation and entrepreneurship, look no further than trailblazing media maven, Kay Koplovitz. She is co-founder of Springboard Enterprises, a highly-vetted network of innovators, investors and influencers who are dedicated to building high-growth, technology-oriented companies led by women.

Prior to Springboard, Kay was the creator and founder of USA Network and the Syfy Channel. She

is the visionary behind the business model used by cable networks today- a model which established USA Networks as a multi-billion dollar business by using two revenue streams, licensing and advertising. When Kay founded USA Network under the banner of Madison Square Garden Sports in 1977, she became the first woman to head a television network.

In 1998, President Clinton appointed Koplovitz to chair the bipartisan National Women’s Business Council. It was this platform that allowed her to launch Springboard Enterprises and promote women entrepreneurs to “think big” about their companies. In 2001, she co-founded Boldcap Ventures, a fund backed exclusively by high net worth women seeking to grow their portfolios with early stage investments. Boldcap invests principally in the media, technology, and healthcare sectors.

Kay is the author of ‘Bold Women,Big Ideas‘ (2002) and is an experienced public board member. She is currently the Chairman of the Board of Fifth & Pacific Companies (Formerly Liz Claiborne) and a board member of CA Technologies and ION media. Kay has served on the boards of Instinet, Oracle, Nabisco, and General Re. She is also on the Board of Advisors for Women@TheFrontier and is a prominent member featured on the FGC Index.