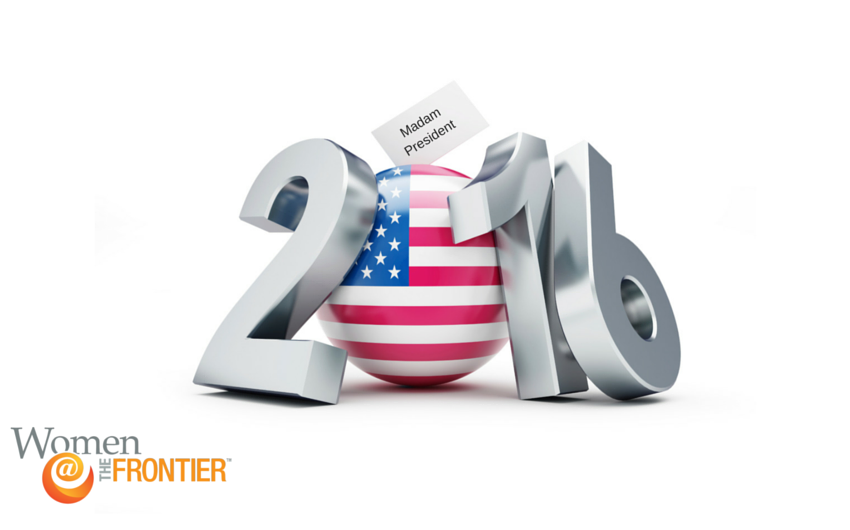 ‘Who Run the World?’
Women Leaders Changing the Ratio

“A culture is not an abstract thing. It is a living, evolving process.”
– Mary Robinson, first female President of Ireland

In the United States, President’s Day is celebrated every February to honor George Washington, the nation’s first President. Originally established in 1885, it recognizes all U.S. presidents, past and present.

This year (2016), the U.S. turns 240 years old, with a successful history of electing 44 Presidents to office. Still, not one female president is included in the holiday festivities.

What makes this data surprising is the fact that the US has a population of 323 million people, is the third largest country in the world, and boasts a 50.4% female population. With half the populace being female, and two centuries of peaceful democratic succession of leaders, why the lack of women presidents?

Around the world, the numbers are just as limiting. Even with a global population of 7 billion people, and 195 sovereign nations, just *20 countries currently have a Female Head of State or Government. And half of these women represent their nation’s first female leader.

“we cannot talk about empowering a particular group without involving the group itself.”
– Joyce Banda, Malawi’s first Female President

Why does this matter?

As the highest-ranking officer—its national and international voice—he (or she) becomes the public representative for its people, a national symbol and Role Model for the nation.

Yet, we ask: will having more women in the highest levels of government improve the lives of its citizens? Will it lead to greater resources, access to education, and better healthcare for women and girls? Will it open doors to venture funding and entrepreneurship or increase the number of female scientists and innovators? Will it help unlock the next big idea or shift the ratio by adding more women leaders at decision-making tables? The likelihood is Yes! Because Role Models Matter.

Visualizing women in the highest levels of authority, for even 5 minutes, has been shown to directly impact the outcome. In a recent Harvard study, Professor Iris Bohnet noted the transformative power of images to shift individual mindset and redesign organizations alike. “We can change what we think is possible when we see the possibilities,” she said, and in turn, “level the playing field.”

History demonstrates we’ve been working to ‘level the playing field’ for over 70 years. In 1940, the world’s first female Head of State, Khertek Anchimaa-Toka from the People’s Republic of Tannu Tuva took office. Since then, over 70 female presidents/heads of government have been elected globally. Despite the growing number, there is still much room for improvement before we balance the ratio. If however, world leaders ‘front-load’ gender equality, we may reach parity by 2030.

“All progress is welcome. But …[we]are a long way from where the world needs to be on gender equality and women’s political participation.”
– Saber Chowdhury, Inter-Parliamentary Union President

So this President’s Day, Women@TheFrontier set out to identify the current female presidents who represent the other 50% of the world, and that serve as Role Models to inspire our nation’s 2016 President’s Day celebration. These are the Women ‘who run the world’ in 2016:

The Women ‘Who Run the World’ 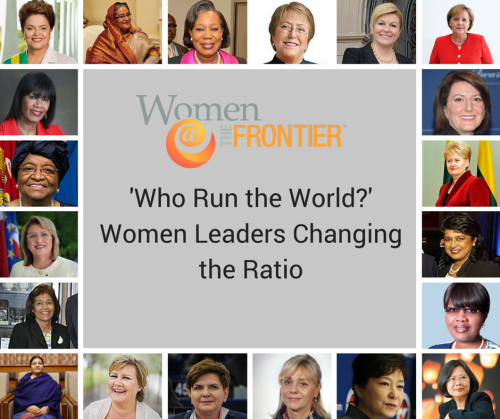 The Places Where ‘Women Run the World’ 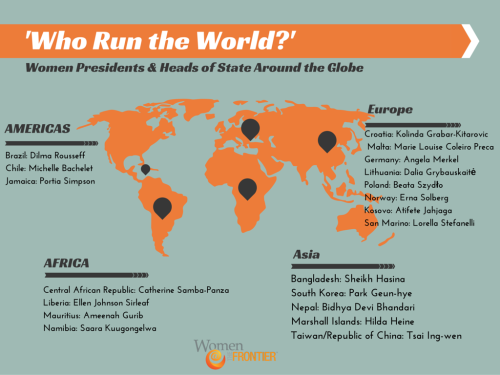 We hope you’ve learned something new about Women Leaders Changing the Ratio. Let us know your thoughts. What else do you want to know about these Role Models in policy?