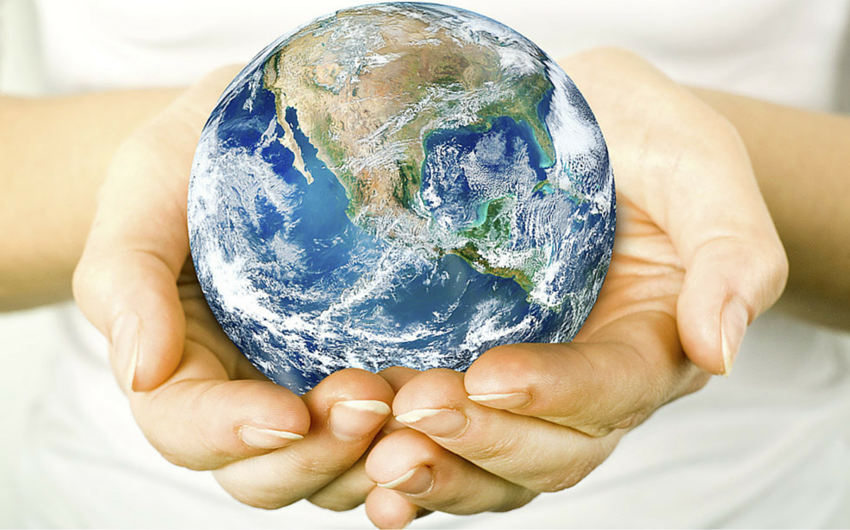 4 Must-Know Lessons From
Women Who Changed Our World

Yes, times are changing. Yes, the women’s movement has made headway. But, there is still a long way to go. Here are four lessons from pioneers in the trenches who carried the torch and changed the world. (This post originally appeared on Ignite The Next International.)

History books are crowded with the names of men whose contributions have shaped the culture, governments, and the very borders of the world.

And while common sense tells us that women—who make up at least 50 percent of the world’s population— also made lasting marks on the past, few of us can recall but a handful of their names.

The truth is, the chroniclers of history have largely ignored the often subtle, but important contributions of women. Whether they defied the status quo or worked within it, women courageously paved the way for equal rights, social status, and the freedoms we enjoy today.

Yes, times are changing. Yes, the women’s movement has made headway. But, there is still a long way to go.

Lest we forget how far we’ve actually come in the past 100 years, I believe it’s important to periodically remind ourselves of the fearless women who took a stand, took a seat, raised a fist, or raised awareness.

Studying their lives offers a glimpse into the hard-won lessons they’ve earned the right to share with the rest of us. Here are four such lessons from pioneers in the trenches, who carried the torch and changed the world:

Lesson 1: Mutual Respect is Possible, Even When Opinions Differ

Linda Hirshman spent three years investigating these two extraordinary women and found that they were different in a number of ways. One was a Republican, the other a Democrat. One lived on a deserted ranch, the other in the heart of Brooklyn. One was Jewish, the other Christian.

Yet both Sandra Day O’Connor and Ruth Bader Ginsburg believed they deserved a chance at positions that most assumed belonged to men. Neither woman allowed anything to get in the way of her goals. By judging differently, recognizing their female experiences, and bringing them to bear on the Supreme Court decisions, Ginsburg and O’Connor made it legitimate for people to be different. Each woman made an indelible mark on our country and the government that protects it. Both staunch believers in gender equality, they voted on historic cases that have shaped the way women live their lives today.

As women achieve power, the barriers will fall. As society sees what women can do, as women see what women can do, there will be more women out there doing things, and we’ll all be better off for it.” – Justice Sandra Day O’Connor

“Women belong in all places where decisions are being made….it shouldn’t be that women are the exception.”– Justice Ruth Bader Ginsburg

Lesson 2: See Yourself in the Role

While she was a student at Stanford, where she earned degrees in physics, astrophysics, and engineering, Sally Ride saw an ad that said NASA was seeking astronauts. She said to herself, “I’m one of those people.” It didn’t matter that the entire astronaut corps was made up of only men or that she was too young. She believed she could do it. That belief carried her through her training until she, too, could claim the title Astronaut. Sally Ride showed a generation of women and girls that they could be anything they wanted and encouraged girls to pursue studies in science and math.

“I would like to be remembered as someone who was not afraid to do what she wanted to do, and as someone who took risks along the way in order to achieve her goals.”
– Astronaut Sally Ride

Lesson 3: Be Observant and Speak Up

Ursula Burns climbed the corporate ladder by being curious and asking questions about how and why decisions were being made. She didn’t shy away from being thought of as an unconventional thinker. Instead, she embraced it; she challenged the status quo, even when others shot her opinions down.

Her contributions as a member of a task force to redesign Xerox led to her eventual ascent to CEO, where she coined a phrase: “Impatience is a virtue.” Burns is a shining example of how important it is to speak up on matters where your expertise could provide valuable insight. If you’re at the table, your voice matters.

“I learned from my mother that if you have the chance to speak, you should speak. If you have an opinion, you should make it known.”
– Ursula Burns

Emily Howell Warner began flying at the age of 15 and took a job as a receptionist to help pay for her lessons. By the age of 33, she had amassed 7,700 flight hours, as well as numerous FAA certificates and ratings. As a flight school instructor, she persevered through years of training male students who went on to pilot various airlines, all of whom had fewer flying hours than she did. In 1968, she began applying for positions at Frontier, Continental, and United Airlines. She renewed her applications multiple times over five years, and finally got her opportunity in 1973 when she became a pilot for Frontier Airlines.

Who are the women who have made an indelible mark on you? What are the lessons they’ve given you that you live into each day? We’d love for you to share them below.

Robbin Jorgensen, Founder & CEO of Ignite the Next International is a sought-after thought leader and women’s leadership expert committed to unleashing possibilities for women and transforming the next generation of women leaders. She supports and empowers women to step into the role of change agents and serves inspired women leaders who are looking to use their lives to make an impact in the world.

In addition to leading the Women Igniting Change™ global movement, she offers leadership development workshops, executive coaching, and events for like-minded women to fuel the flames of transformation and speaks across the country to women’s groups and organizations about how women can unleash possibilities to become change agents in the world. To learn how you can become a change agent, you can visit her website at  www.ignitethenext.com